Global expert in virtual and augmented reality is to join the Visualization Research Center at the SFB-TRR 161 site in Stuttgart.
December 5, 2022; Christina Warren

Dieter Schmalstieg, an elite researcher in virtual and augmented reality, receives one of the prestigious Alexander von Humboldt Professorships. He is to transfer from the Graz University of Technology to the Visualization Research Center at the University of Stuttgart to take up the professorship. The research prize is endowed with EUR 5 million.

Schmalstieg is a leading global expert in virtual reality (VR) and augmented reality (AR). His technical systems function in real time and enable human–computer interaction – even for complex processes. After heading the Institute of Computer Graphics and Vision at the Graz University of Technology, he is to continue his internationally successful research in visual computing at the University of Stuttgart.

For the SFB-TRR 161, Dieter Schmalstieg has been an important cooperation partner for several years. Aside from co-authoring publications by SFB-TRR 161 members, he was keynote speaker at the SFB-TRR 161 workshop on Situated Analytics in November 2021. “Having Dieter Schmalstieg join our site in Stuttgart will further strengthen our expertise in immersive technologies and open the way for new and exciting collaborations,” says Daniel Weiskopf, spokesperson of the SFB-TRR 161 and co-director of the Visualization Research Center. 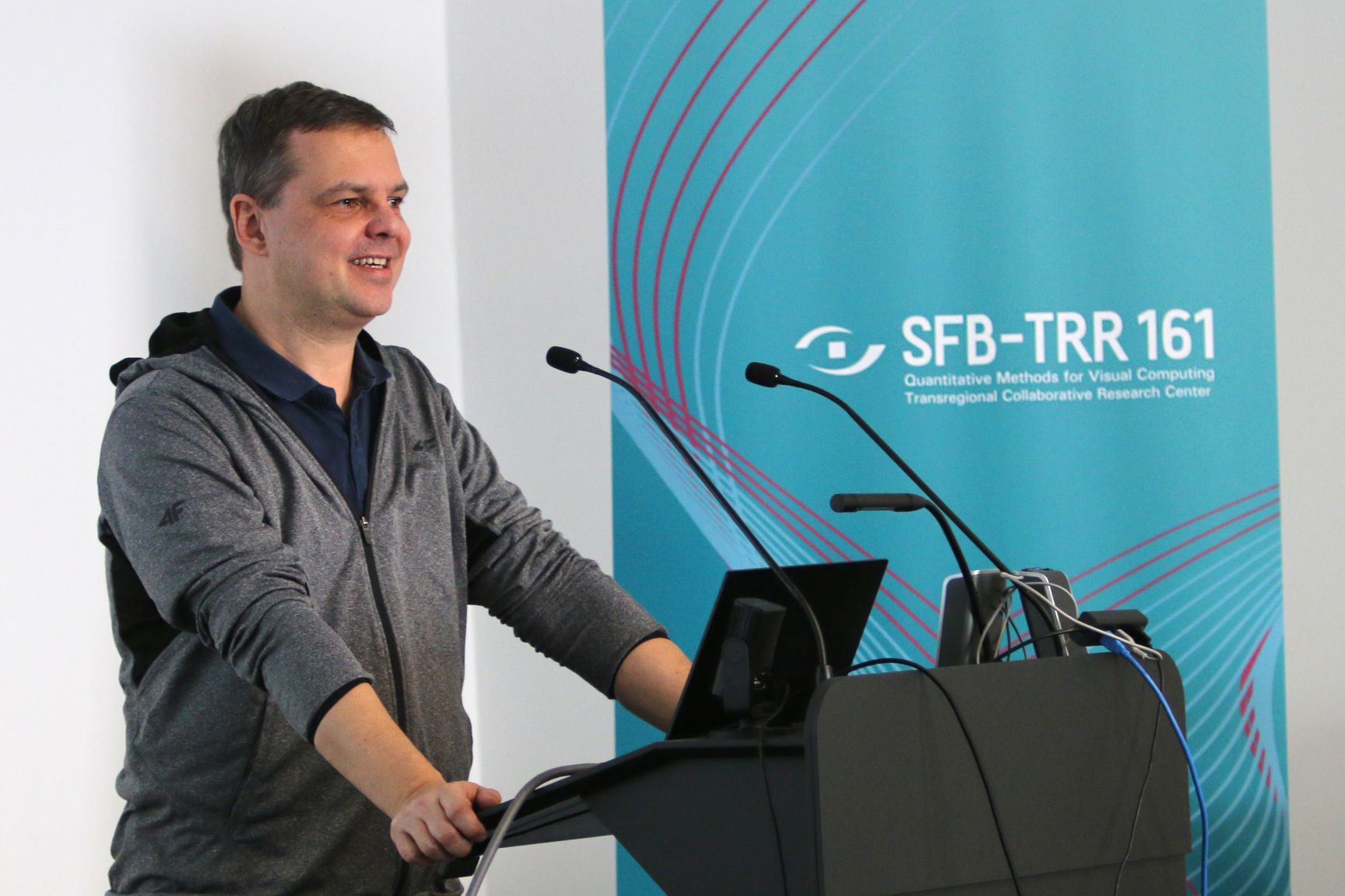 Dieter Schmalstieg at the SFB-TRR 161 workshop on Situated Analytics in November 2021.

Schmalstieg was selected for the Humboldt Professorship in November 2022. The professorship will be awarded to him in 2023 if he successfully completes appointment negotiations with the University of Stuttgart, which nominated him.

About Prof. Dr. Dieter Schmalstieg
Dieter Schmalstieg, a native of Austria, received his doctorate and habilitation from the Vienna University of Technology. In 2004, he took up a professorship at the Graz University of Technology. Since 2012, he has headed the Institute of Computer Graphics and Vision, which has grown considerably under his leadership. He is a Fellow of IEEE (Institute of Electrical and Electronics Engineers) and was awarded the IEEE Virtual Reality Technical Achievement Award in 2012, and the START-Preis, Austria’s most highly endowed and recognized science award for young researchers.

Looking for an Expert?

The Project Leaders of the SFB-TRR 161 are experts in the field of visual computing. You are welcome to get in touch directly.

If you need help finding the right contact for your inquiry, please contact the Public Relations Team.